Mid-Year Event: Business and Human Rights in the European context

Join us for this webinar to discuss business and human rights in the European context and for an overview and discussion on the Draft Directive on Corporate Sustainability Due Diligence (CSDD).

Join us for this webinar to discuss business and rights in the European context and for an overview and discussion on the Draft Directive on Corporate Sustainability Due Diligence (CSDD) from legal, human rights and non-profit experts from across the region. The webinar will address questions such as:

This event will be taking place online and is intended for a global audience. Please register for the event below. 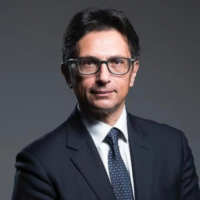 2022, she was amongst two other lawyers recognized and ranked as Eminent Practitioners, a special category reserved for the most influential attorneys and thought leaders in the field.

Roberto Randazzo is responsible for the ESG and Impact industry. With a background in commercial and corporate law, he has developed transversal expertise in sustainability, ESG criteria, impact finance, and social innovation, assisting investment funds, benefit corporations, B-Corps, and companies interested in generating positive and measurable impacts.

For more than twenty years Roberto has also been involved in non-profit organisations, strategic philanthropy and social entrepreneurship, dealing with projects both nationally and internationally, with focus on emerging markets, and in particular those in Sub-Saharan Africa. He has always combined professional and academic activities, and is currently an Adjunct Professor at Tiresia – Politecnico di Milano and a member of the Extended faculty of MIP – Politecnico di Milano.

Roberto was formerly the Chairman of esela – The legal network for social impact and is an Emeritus Director of the Global Alliance of Impact Lawyers, Officer of the Business Human Rights Committee of the International Bar Association, Advisor of OECD; he is member of the scientific committees of Ashoka Italia, Salone della CSR and Social Impact Agenda for Italy and of the editorial board of the magazine “Cooperative ed Enti Non Profit“. Roberto has been Honorary Consul of the Republic of Uganda in Milan and Northern Italy since 2012. 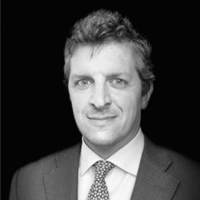 Emiliano is the head of the Impact & Sustainability team at RP Legal & Tax.

He mainly deals with nonprofit entities, social enterprises, socially oriented corporate vehicles, NGOs and international organizations. He advises these entities in the phases of incorporation, reorganizations, extraordinary transactions and adjustments required by the Third Sector Code.

He also provides support on ESG matters to leading national and international companies. More specifically, he deals with the adoption and implementation of sustainability models, corporate policies and ethical codes, the acquisition of the Benefit Corporation status and the B Corp certification, as well as ESG/human rights due diligence, non-financial reporting and impact measurement.

Emiliano has ten years of experience in the impact economy sector. In particular, he has been involved for years in several international cooperation projects and policy making activities, led by NGOs and by the United Nations, focused on the integration of migrants and refugees through entrepreneurial initiatives. He is also tutor of the “Human Rights and Migration Law Clinic” legal training program at the Faculty of Law of the University of Turin. He cooperates with Tiresia – Politecnico di Milano on legal issues related to social business and social innovation.

In the past years, Emiliano was a consultant of the United Nations at UNEP and a Legal Officer at the Joint Research Centre of the European Commission. He holds a master’s degree in Environmental Law and management from Cà Foscari University of Venice and is currently a PhD candidate in Public International law at Utrecht University.

Since 2019 he has been board member and legal coordinator of the NGO “ResQ Onlus – People Saving People”. 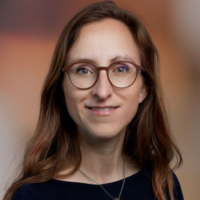 Julie Wynne is a social impact lawyer with a particular expertise in philanthropy, social entrepreneurship and social impact finance. She advises individuals, non-profit organisations and businesses which aim to make social and environmental impact. Passionate about art, Julie Wynne assists institutional art collectors and individuals on legal issues relating to their collecting activities in connection with tax and estate planning. She also advises cultural institutions on charity law, governance issues, legacies, fundraising and sponsorship. She is a Board member of the Fondation de l’Elysée and the president of its Patrons’ Club, Club Elysée. She is very involved in the promotion of philanthropy and the use of business as a force for good. She is a Board member of GAIL – the Global Alliance of Impact Lawyers, Chair of STEP Philanthropy Advisors Steering Committee and a member of the Advisory Council of the Geneva Center for Business and Human Rights. She sits also in various boards of charitable organisations, amongst other of Earthworm Foundation, Switzerland for UNHCR Foundation, the Global Alliance for Improved Nutrition and XPRIZE (Europe) Foundation.Bio to follow shortly

Elise Groulx Diggs is an international human rights lawyer dually based in Washington, D.C. and Paris, France, with expertise in international criminal law and business and human rights. She provides legal advisory and training services internationally to corporations, law firms, and organizations on issues relating to: human rights due diligence; audits; impact and social risk assessments, including assessments of legal exposures to business operations and supply chains in fragile states and conflict-affected regions; business complicity in war crimes; corporate criminal liability; and remediation programs for victims of human rights violations. She has been recognized and internationally ranked by the Chamber & Partners Global Guide among the top 10 lawyers in the field of Business and Human Rights in 2017, 2018, 2019, and 2020. In February 2021, Elise received the title “Global Market Elite Leader” and was ranked in the Band One category among top lawyers in the field and, in 2022, she was amongst two other lawyers recognized and ranked as Eminent Practitioners, a special category reserved for the most influential attorneys and thought leaders in the field.

Elise has contributed to numerous lectures and panel discussions as a speaker in the US, the Uk and France. She also co-authored several articles with Professor Mitt Regan and others, including: Business and Human Rights as a Galaxy of Norms (2019), The Regulation of Multinational Labour and Employment Practices Through a Galaxy of Norms (2021), and Operationalizing the ABA Supply Chain Model Contract Clauses Using the Galaxy of Business and Human Rights Norms Framework (to be published in 2023). She was also published in France on the new due diligence law.

She is a Door Tenant at 9 Bedford Row Chamber (London, UK); Principal to an international consulting group, BI for Business Integrity & Partners LLC (Washington, D.C.); and an accredited international mediator with over a decade’s experience and certifications from the Institut Français de Certification des Médiateurs in Paris and the International Mediation Institute (IMI) in The Hague, Netherlands. She is “Of Counsel” at Alkyne Avocats (Paris), Endo et Associés (Montreal, Québec), and Fall Legal (Dakar, Senegal).

In August 2022, Elise was appointed Chair of the Business and Human Rights Initiative launched by the newly elected president of the American Bar Association, Ms. Deborah Enix-Ross. Elise helped launch a new initiative – the development of the Access to Remedy Institute (ARI) to address human rights and environmental harms from business activities.

Elise started her legal career as a practicing criminal defense lawyer in Montreal and founded two legal NGOs that participated in negotiations leading to the Rome Treaty and regulations of the International Criminal Court (ICC). She has been a respected voice in the field of international criminal law dating from 1996, which led to the creation of the International Criminal Bar (ICB) in 2002. She was elected its first president in Berlin in March 2003.

Elise is licensed to practice law as a barrister and solicitor in Québec, Paris, and European legal institutions, including the European Court of Human Rights in Strasbourg, France. She is also a licensed legal consultant at the New York State Bar.

Manon Wolfkamp has more than fifteen years’ work experience in an international environment as a public affairs professional. She has expert knowledge on responsible business conduct (RBC) and specifically on business and human rights. She has worked with civil society organizations on all continents on training, designing and implementing of lobby and advocacy strategies. Manon has ample experience in establishing and working with (coalitions of NGOs, trade unions and the private sector as a means of creating more leverage and legitimacy in lobby and advocacy. She has also coached and trained the private sector in implementing human rights due diligence. For the Dutch MVO Platform, a network of 25 civil society organizations and trade unions, Manon was the project leader RBC Agreements and responsible for the organization of the Business and Human Rights Conference under the Dutch EU presidency in 2016. Currently, she coordinates the work of the MVO Platform on legislation. The network aims for broad due diligence legislation in the Netherlands and the EU as part of a smart mix of RBC policy measures. Manon has a MA in Broadcast Journalism (New York University), a MA in History (Groningen University) and a MA in International Affairs (Groningen University).

Business and Human Rights as a Galaxy of Norms

Virtual
BACK TO ALL EVENTS